Brooke survives her suicide attempt. A guilt-ridden Billy returns to her side and demands that Amanda rehire her. Peter gives Bobby an ultimatum. Bobby stops by Amanda’s apartment to tell her that he is bowing out, but she sleeps with him. Kimberly suggests that Sydney incriminate someone else in Jane’s accident. She slips some pills into Richard’s desk, where Jo finds them. Jo turns to Jake for advice, but he has nothing to say to her. Michael moves out after Sydney accosts him for trying to take advantage of Jane. Monty asks Jake to collect from another of his “”customers”” to pay off his interest, but Jake cannot go through with it. Alan shies away from Matt after Kimberly shares the sordid details of his past relationships. 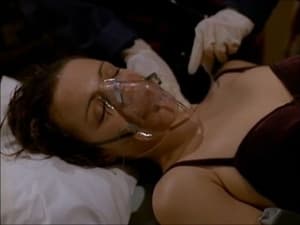